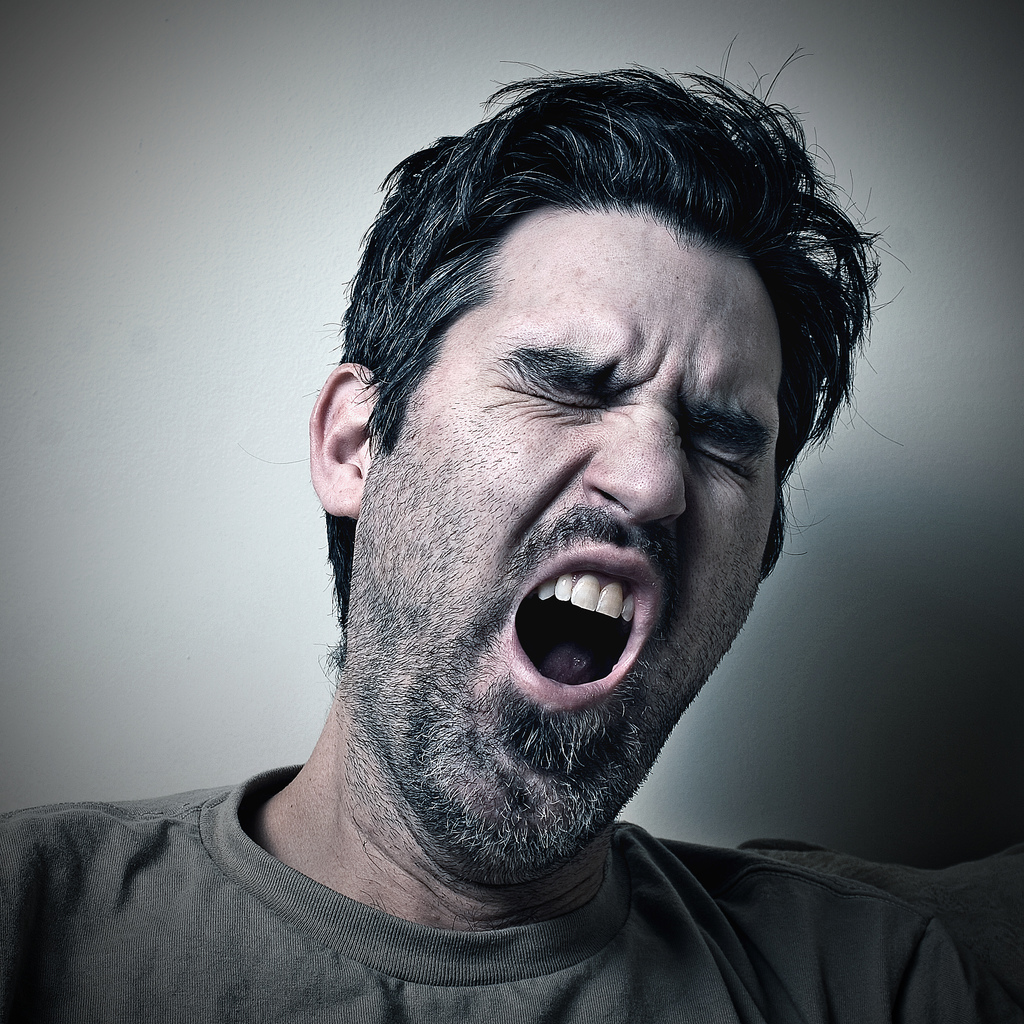 According to a Baylor University psychology study people with psychopathic characteristics are less likely to be affected by “contagious yawning” than those who are empathetic. Yawning after spotting someone else yawn is associated with empathy and bonding, and “catching” yawns happens with many social mammals, among them humans, chimpanzees and dogs, researchers say. The study titled “Contagious yawning and psychopathy” — involved 135 college student respondents and was published in the journal Personality and Individual Differences.

“You may yawn, even if you don’t have to,” said the lead researcher Brian Rundle, a doctoral student in psychology and neuroscience in Baylor’s College of Arts and Sciences. “We all know it and always wonder why. I thought, ‘If it’s true that yawning is related to empathy, I’ll bet that psychopaths yawn a lot less.’ So I put it to the test.”

Psychopathy is characterized by an antisocial lifestyle which includes being selfish, manipulative, impulsive, fearless, domineering and, in particular, lacking in empathy. Students in the Baylor study first took a standard psychological test — the 156-question Psychopathic Personality Inventory, with questions aimed at determining their degree of cold-heartedness, fearless dominance and self-centered impulsivity. “It’s not an ‘on/off’ of whether you’re a psychopath,” Rundle said. “It’s a spectrum.”

Next, students were seated in a dim room in front of computers. They wore noise-canceling headphones, with electrodes placed just below their eyelids, next to the outer corners of their eyes, on their foreheads and to index and middle fingers. They were shown various 10-second video clips of varying facial movements — a yawn, a laugh or a neutral face — with 10 seconds of blank screen separating 20 video snippets of those expressions.

Based on the psychological test results, the frequency of yawns and the amount of physiological response of muscle, nerve and skin, the study showed that the less empathy a person had, the less likely he or she was to “catch” a yawn.

“The take-home lesson is not that if you yawn and someone else doesn’t, the other person is a psychopath,” Rundle cautions. “A lot of people didn’t yawn, and we know that we’re not very likely to yawn in response to a stranger we don’t have empathetic connections with.

“But what we found tells us there is a neurological connection — some overlap — between psychopathy and contagious yawning. This is a good starting point to ask more questions.”