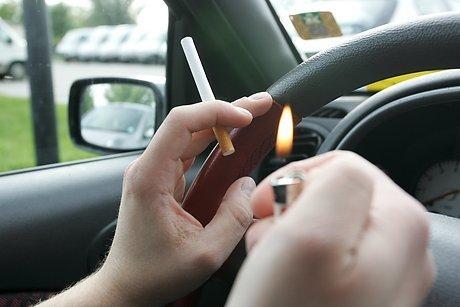 A new legislation has come in today for England and Wales banning people from smoking in cars carrying children. Healthcare professionals have welcomed the landmark legislation, but some argue that the new law is “unnecessary and unenforceable”. Here’s everything you need to know:

It is now an offence to smoke in any enclosed vehicle that is carrying anyone under 18. Drivers and passengers caught lighting up will face a £50 fixed penalty fine, reduced to £30 if paid within two weeks. The law applies to all private vehicles, except convertibles with the roof down. Electronic cigarettes are exempt from the ban and can be used within the car. 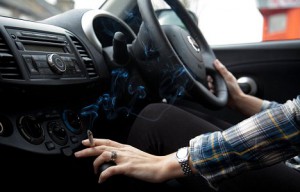 The law is aimed at protecting children from the harmful and long-lasting effects of passive smoking. The British Lung Foundation estimates that more than 430,000 children are exposed to second-hand smoke in cars every week. The chemicals present in second-hand smoke have been known to cause chest infections, asthma and cot death in children and health experts warn that the smoke can stay in the car for up to two and a half hours – even if a window is opened.

Healthcare professionals have welcomed the move, describing it as “landmark” legislation. Ian Gray, principal policy officer for the Chartered Institute of Environmental Health, expects that there will be “very high levels of compliance” from drivers. “Hardly anyone can believe it is a good idea to smoke in your car when children are present.”

But some have criticised the law for intruding into citizens’ private space. The legislation is both “unnecessary and unenforceable,” says Simon Clark, director of the smokers’ lobby group Forest. He argues that the overwhelming majority of smokers are aware of the risks of smoking in front of children and they don’t do it in front or near children. “If drivers are spotted smoking will they be stopped in case there’s a child in the back?” he asked. “The authorities, especially the police, must have better things to do.”