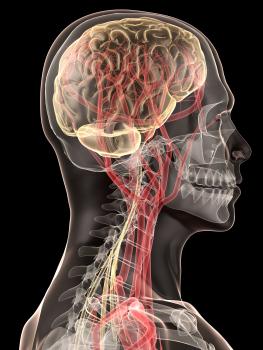 His head can’t be screwed on right.

Italian surgeon Dr. Sergio Canavero has garnered a lot of attention in the medical community thanks to an idea that seems like it jumped right off the page of some science-fiction novel. Canavero’s plan to perform a successful human head transplant may sound like the plot of Frankenstein; however, Russian computer scientist Valery Spiridonov is willing to put a lot on the line in support of this procedure going ahead.

Spiridonov, who suffers from a rare disease known as Werdnig-Hoffman disease, is already without the use of his legs, and doctors fear his health will only continue to deteriorate until his death. Canavero’s transplant procedure, dubbed HEAVEN (an acronym for head anastomosis venture), employs a “magic” way of sealing the spinal cords that he plans on explaining to the American Academy of Neurological and Orthopedic Surgeons.

Canavero has been approached by a number of people looking to become the first head transplant recipient. The majority of those requests were from transsexuals looking for a new body, but Canavero insists the first person to undergo his controversial procedure should be someone with a muscle wasting disease. The potentially groundbreaking operation is not due to take place until 2017.