Being sat down and fidgeting is often deemed a negative behavior that is attributed to a lack of concentration or disrespect. A recent study conducted by researchers from the University of Leeds and UCL has found that fidgeting around while sitting for long periods of time can help fight off the bad side effects of a sedentary lifestyle.

“While further research is needed, the findings raise questions about whether the negative associations with fidgeting, such as rudeness or lack of concentration, should persist if such simple 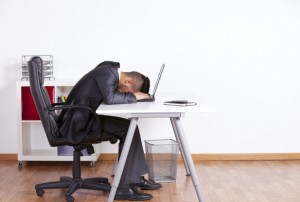 movements are beneficial for our health,” said Professor Janet Cade, from the School of Food Science and Nutrition at the University of Leeds, in a recent statement.

The results showed no increased risk for mortality due to longer sitting times among those women who considered themselves as moderately or very fidgety. However, there was an increased risk for mortality among women who reported sitting for longer periods of time and considered themselves very occasional fidgeters. There have been a number of recent studies that suggest a sedentary lifestyle is very unhealthy, regardless of how active the person is outside of work. This is the first to suggest fidgeting can modify this link between sitting and mortality.

“Our results support the suggestion that it’s best to avoid sitting still for long periods of time, and even fidgeting may offer enough of a break to make a difference,” said Dr. Gareth Hagger-Johnson from UCL.

Sedentary lifestyle has been frequently tied to various health issues, including anxiety, depression, muscle movement, brain activity, and premature death. Although standing instead of sitting has been recommended by health care professionals in the past, new research suggests standing in place for long periods of time is just as unhealthy as sitting. Instead of investing in a standup desk, current recommendations suggest taking a five-minute walk each hour to promote circulation.