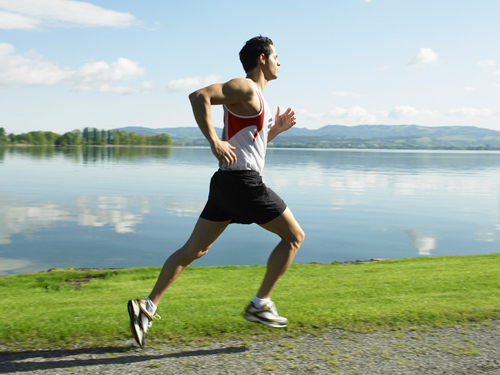 Your leg muscles and tendons tighten as the body pushes to go further. The brain releases a hormone in response to the pulsing pain, inducing a feeling of ecstasy known commonly as a “runner’s high.” Researchers from Montreal University Health Center took a closer look into why certain people experience this exercise-induced euphoria. Their findings published in the journal Cell Metabolism, delve into the inner workings of the brain and explain how the runner experiences a naturally induced drug-like high.

For their study, the research team used wheel-running mice that voluntarily engaged in the activity for about four miles a day. They observed an interplay between the hormone leptin, which regulates when the body is both full and hungry; a protein molecule called STAT3; and dopamine activity, which is responsible for motivation and reward. STAT3 relays leptin activity, affecting how much dopamine is released in the brain. To understand how leptin affects a runner’s high, they genetically altered some of the mice to remove the STAT3 molecule and found these mice could run almost twice as long as the other mice in the study. 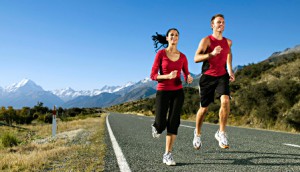 For these normal mice, a chain reaction occurred in which leptin was produced as a response to low energy levels. This activity was then relayed by STAT3, ultimately leading to the release of dopamine in the brain. In turn, dopamine signaled that energy reserves in the body were sufficient and that there was no need to become active and search for food. By contrast, in mice with a STAT3 deficiency, there were also lower levels of leptin. An effect of this, the researchers found, was that these mice ran 6.8 miles compared to the 3.7 miles the normal mice ran. Moreover, these mice also experienced “blunted” dopamine signaling, or, in other words, a desensitization to the neurotransmitter’s effects. This effect has been shown to increase reward-seeking behaviors, which could explain why these mice ran for longer, presumably in a prolonged attempt to find food — their “reward.”

A similar effect occurs in physically active humans, the researchers said. As their leptin levels fall during a run, their appetites increase, and the body releases dopamine to motivate the search for it. A side effect of this release of dopamine is the runner’s high, a jolt of happy feelings.

“Previous studies have clearly shown a correlation between leptin and marathon run times,” Fulton said in a press release. “The lower leptin levels are, the better the performance. Our study on mice suggests that this molecule is also involved in the rewarding effects experienced when we do physical exercise. We speculate that for humans, low leptin levels increase motivation to exercise and make it easier to get a runner’s high.”

Exercise has been known to have a dramatic anti-depressive effect because it blocks the brain’s response to physical and emotional stress, according to Harvard Medical School. Sustained physical and voluntary exercise, such as running increases the body’s pain threshold, reduces anxiety, and enables the brain to secrete enough dopamine to enter a deeply euphoric state similar to a drug high.