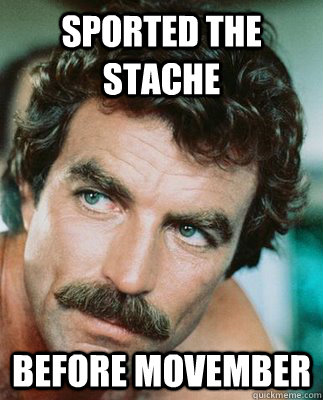 What do Freddie Mercury, Tom Selleck, Hulk Hogan and Charlie Chaplin all have in common?

They are all known for their iconic moustaches.

Why moustaches on a medical blog I hear you ask? Well it is November. November is the month that men worldwide put down their shavers, and start fiddling about with little combs to try and grow the most iconic and outrageous moustache, all in name of Movember.

Movember was created to drawn much needed attention to Men’s health, primarily men’s cancers such as testicular, prostrate, as well as men’s mental health.

Thanks to this charity drive, highlighting the risks, symptoms, and spreading the word on these issues, millions of pounds has been raised, and has actually helped devise a blood test that spots prostate cancer drug resistance.

The test can identify key mutations driving resistance to a widely used prostate cancer drug. It can also identify in advance patients who will not respond to treatment.

Researchers say the breakthrough paves the way for information from a blood test to inform prostate cancer treatment in future, with only those patients whose cancers are free of resistance mutations taking the drug, abiraterone.

It will also allow patients who will not benefit from one drug to be given an alternative treatment instead.

Researchers analysed 274 blood samples from 97 patients using state-of-the-art DNA sequencing techniques. They found that mutations in a gene called the androgen receptor (AR) predicted resistance to the prostate cancer drug abiraterone, and that patients with these mutations had poorer survival.

Abiraterone is now standard treatment for men with advanced prostate cancer and has extended the lives of thousands. But while it is highly effective in many patients, 30 to 60 per cent don’t respond.

Researchers have been searching for a marker that will help predict in advance which men will benefit from the drug, and who should be given a different treatment.

Scientists discovered that men who harbour either a specific mutation or an increase in the number of copies of the AR gene, were 7.8 times less likely to have a reduction of more than 90 per cent in their PSA levels, a widely used test to monitor the response of prostate cancer.

The study also found that in about 15 per cent of men given abiraterone who did not have either mutation before starting treatment, this was acquired as the drug stopped working and appeared in the bloodstream several months before patients developed any symptoms.

Experts say blood tests are particularly valuable in cancer patients because biopsies are often difficult to perform and can carry risks. Even when biopsies are possible, they only give a snapshot of cancer genetics in a small specific area, whereas blood tests can give information that is more representative of multiple different tumours around the body.

Dr Iain Frame, Director of Research at Prostate Cancer UK, added: “Research like this wouldn’t be possible without the thousands of people who take part in Movember every year – and so with another campaign upon us, we can all do something to help the fight against prostate cancer.” 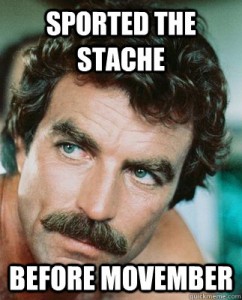