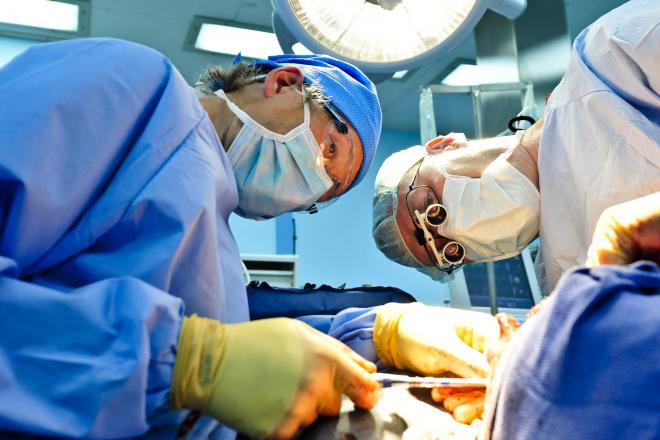 A 44-year-old woman received the first successful heart transplant thanks to an experimental artificial heart.

The 50cc SynCardia temporary total artificial heart is the smaller version of the 70cc SynCardia heart, which was approved for use in people awaiting a transplant by the FDA in 2004, and has been used by over 1,440 patients worldwide. The 50cc is designed for use in smaller patients — this includes most women, adolescents, and some men. The device is used for patients with biventrical heart failure.

Nemah Kahala, a petite wife and mother of five, was suffering from restrictive heart muscle disease and was transferred to UCLA in critical condition this March. Her condition was so advanced that even repair surgery and mechanical assist devices could not help her with her condition. She was placed on a life support system, and the FDA approved a one-time emergency use of the experimental device.

“Mrs. Kahala’s condition was deteriorating so rapidly that she would have not survived” said her surgeon, Dr. Abbas Ardehali, a professor of cardiothoracic surgery and director of the UCLA Heart and Lung Transplant Program said in a press release.

The heart device provided an immediate flow of blood to help organs recover. Two weeks after the transplant, Kahala was strong enough to be placed on the transplant waiting list — a week later she was matched with a donor.

“In addition to the high-tech medicine that kept her alive, Mrs. Kahala and her family have exemplified how a solid support system that includes loved ones and a compassionate medical team practicing what we at UCLA have termed ‘Relational Medicine’ plays an important role in surviving a medical crisis,” said Dr. Mario Deng, professor of medicine and medical director of the Advanced Heart Failure, Mechanical Support and Heart Transplant program at UCLA said in a press release.

The Heart Transplant Program has implemented eight of the 70cc SynCardia Total Artificial Hearts since 2012, but the FDA cautions that the 50cc is still an investigational device. 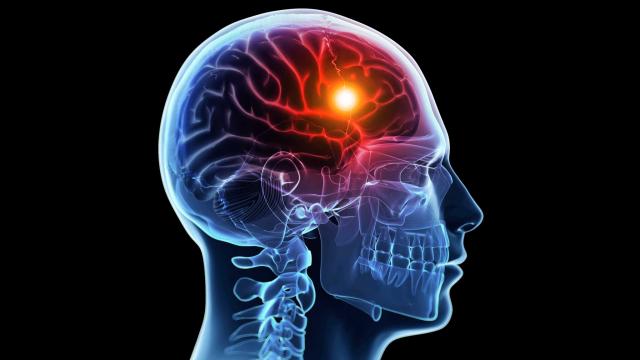 If you’re stuck in an empty office while colleagues are in southern France, Spain or Tenerife, make sure you take a picture of a thermometer today.

Britain has been hotter than most of the Mediterranean, with the Met Office issuing a level 3 heatwave alert – which includes reviewing public safety at major events.

The heat won’t last long. Thunderstorms are predicted to strike in parts of the UK in the afternoon, and temperatures will drop again.

But while the heat is high, how can you cope at work and home with the distinctly un-British weather?

What counts as a heatwave?
An average temperature of 30°C by day and 15°C overnight is considered high enough to trigger health warnings from the Met Office and Public Health England.

How to deal with the heat
Hot summer days rarely happen in Britain, no one likes to be told they should be huddled inside. Mainly, the advice from PHE is just to be sensible.

Cold beers don’t hydrate you – drink plenty of water and keep a bottle with you in case you feel ill.
If you’re outside in the day, spend your time in the shade.
Wear a hat in the sun, and sunglasses to protect your eyes.
Eat normally, but salads and fruit can help you keep cooler.
Stay out of the sun during the hottest parts of the day between 11am and 3pm – most of us will probably be at work then anyway.

Keeping the house cool
“We know people in Britain are actually quite well aware of how to keep themselves cool during the day,” said Angie Bone, who is in charge of extreme events and health protection at PHE. “What Brits can be really bad at, which people in southern Europe are really good at, is keeping environments cool.

“When it’s a sunny day, we throw open our doors and windows, and don’t realise that’s just letting the heat in. Then we might get back from work and wonder why the house is so hot and can’t sleep.”

Keep windows shut and blinds or curtains closed while it’s at its hottest outside – and then open later when it gets cooler. Work out the coolest room in the house so you know where to go to chill out – or take a cold shower.

Unless you have a medical issues such as liver problems which might require limiting your fluid intake, just listen to your body, Bone advised. You should be able to tell when you’ve had the right amount to drink, and follow the NHS advice to drink around 2 litres of water a day.

Will it disrupt my day?
It might, because British offices and other workplaces can be unprepared for the hottest days, and because rail travel is likely to be affected. There is a legal limit for working in cold temperatures, 16C, but there is no upper limit. Trade unions are urging firms are being urged to let workers wear casual clothes during the heatwave. The TUC has asked employers to let workers wear shorts or vest tops, rather than jackets and ties. “Clearly vest tops and shorts are not suitable attire for all front line staff, but those not dealing with the public should be able to discard their tights, ties and suits,” said Frances O’Grady, TUC general secretary.

What should I do if I feel unwell?
If someone feels unwell, and you suspect they might have heat exhaustion, find a cool place where they can rest and encourage them to take a drink. Heatstroke is a serious medical issue, and can develop if heat exhaustion is untreated, but it can also occur suddenly. Call 999 if you suspect someone has heatstroke, as it can lead to irreversible brain damage.

Symptoms of heatstroke are: