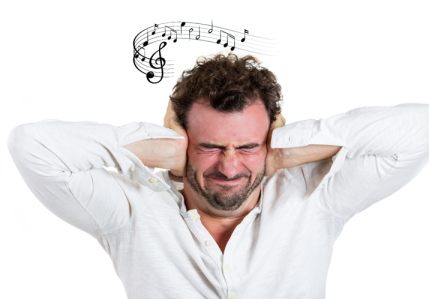 Oh what a feeling, when we’re Dancing on the Ceiling.

Chances are you’ve heard that song before — Dancing on the Ceiling, by Lionel Richie. And there’s also a pretty good chance that sometime today, that song will pop up in your head when you least expect it. That’s just the way it is with catchy tunes; they get stuck in our heads. Commonly called “earworms,” scientists still aren’t exactly sure why our brains hold onto these songs, but a new study suggests it could relate to the size and shape of a person’s brain.

Published in the journal Consciousness and Cognition , the study found that the frequency in which people heard earworms, which are commonly called involuntary musical imagery in the medical community, was associated with varying thicknesses in different parts of the brain. Specifically, those who experienced them the most had thicker Heschl’s gyri and right inferior frontal gyri. The former is an area involved in auditory perception and musical memory, while the latter plays a role in pitch memory, CBS News reported.

They also found that participants’ brain structures were different depending on whether they perceived the music as annoying or helpful toward going about their daily routines. Among those who found it helpful, the right parahippocampal area of the brain larger — this part of the brain is involved in memory encoding and retreival. The researchers also found these people were better able to suppress the earworms. On the other hand, those who found the earworms annoying tended to have more grey matter in the temporal lobe, where emotions are regulated.

“Areas in the auditory cortex that we know are active when you actually listen to music seem to be physically different in people who are experiencing music that’s not even there,” study co-author Lauren Stewart, of Goldsmith’s, University of London, told New Scientist.

The study was small, only involving 44 participants. Each of them filled out two surveys: the Involuntary Musical Imagery Scale and the Goldsmith’s Musical Sophistication Index. The first asked them how often they experienced the earworms, how much they moved to them, and how helpful they were throughout the day. The second survey asked about the participants’ music listening habits — how much they listened to music or wrote it and how often they attended concerts, for example. They then underwent magnetic resonance imaging (MRI) scans so researchers could see how their answers correlated with their brains’ structures.

The researchers stressed their study didn’t prove having certain brain shapes caused earworms or their subsequent emotions. Of course, these emotions could arise from a combination of factors, such as the situation a person is in when they experience an earworm — if they’re in a bad mood, chances are they won’t perceive the earworm positively, and vice versa.

Other studies have also shown a link between a higher frequency of earworms and neuroticism and non-clinical levels of obsessive compulsion. “These people tend to have more repeated thought processes in general, so it’s perhaps not a surprise that these are reflected in their experiences of mental music as well,” Victoria Williamson, a researcher who has studied the types of music that become catchy, told Science Friday. Perhaps these people’s brain structures affect how they perceive earworms. Further research will determine these answers as well as what exactly causes earworms in the first place. As for how to stop them, just chew some gum . 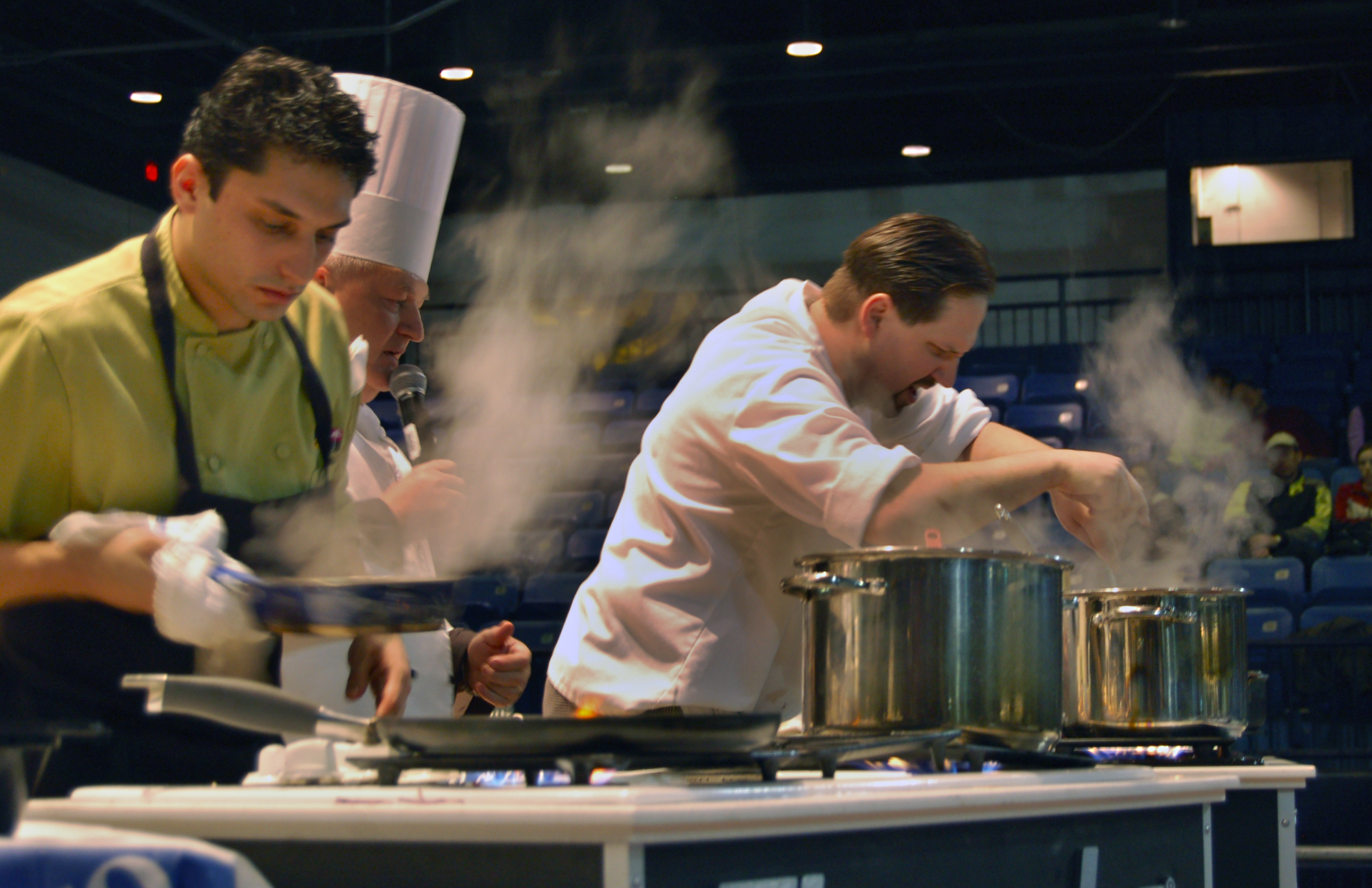 A meal in a restaurant might seem to be healthier than food eaten in a fast food outlet, but according to a new study eating out at either location leads to a much greater consumption of calories than eating a meal at home.

Meals consumed in restaurants were judged to contain higher levels of sodium and cholesterol than those in fast food outlets.
The study, published in the European Journal of Clinical Nutrition, found that Americans eating out at either fast-food outlets or full-service restaurants would typically consume 200 calories more per day than when staying at home.

Prof. An, a kinesiology and community health professor at the University of Illinois, analyzed data from the National Health and Nutrition Examination Survey (NHANES) for 2003-10, looking at the eating habits of 18,098 adults living in the US.

In particular, Prof. An measured daily intake of total calories and 24 nutrients considered to be of public health concern, including sodium and cholesterol.

He discovered that eating in full-service restaurants was just as unhealthy as eating at fast-food outlets. The main problem with eating in restaurants was found to be that diners especially would typically consume more sodium and cholesterol in their meals than elsewhere.

Even though people eating in restaurants would take in more healthy nutrients such as potassium and omega-3 fatty acids than people eating at fast-food outlets, they would be consuming significantly large amounts of two nutrients – cholesterol and sodium – that Americans tend to eat too much of.

Prof. An found that an individual’s daily sodium intake would be increased on average by 300 mg by eating at a fast-food outlet and by 412 mg by eating in a restaurant.

“The additional sodium is even more worrisome because the average daily sodium intake among Americans is already so far above the recommended upper limit, posing a significant public health concern, such as hypertension and heart disease,” the researcher says.

Adults are recommended to consume between 1,500 and 2,300 mg of sodium per day. Currently, however, Americans are estimated to consume around 3,100 mg per day.

Another area of nutrition where both fast-food outlets and restaurants were found to perform badly was the amount of fat in the meals. Prof. An found that those who ate at either fast-food outlets or restaurants would consume 3.49 g and 2.46 g more saturated fat respectively than people eating a meal prepared at home.

Total fat consumption at these food venues was around 10 g higher than at home.

Prof. An also observed that eating out at these venues affected different demographic groups in different ways. African-American diners eating out were found to consume higher levels of total fat, saturated fat, sodium and sugar than white and Hispanic counterparts doing the same, he states.

Daily total energy intake was influenced by eating at fast-food outlets the most among people with lower educational attainment while people defined as being in the middle-income range were found to have the highest daily intake of total energy, total fat, saturated fat and sodium of people eating at restaurants.

“My advice to those hoping to consume a healthy diet and not overeat is that it is healthier to prepare your own foods, and to avoid eating outside the home whenever possible,” Prof. An concludes. 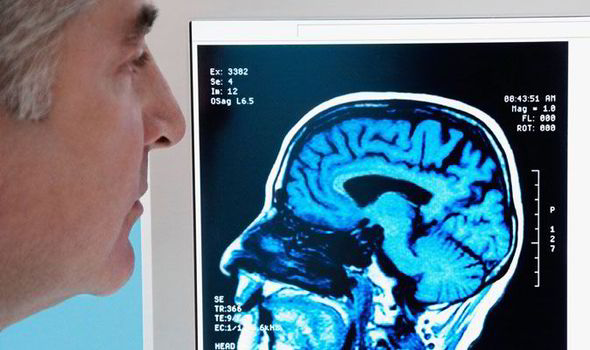 A British school boy — who happens to be only 15 — has developed a new test with the potential to diagnose Alzheimer’s disease 10 years before the first symptoms appear. It may be able to stop the disease in the future.

Krtin Nithiyanandam from Epsom, Surrey, came up with his creation for the Google Science Fair, and has made it through to the final week. He’ll find out next month whether he has won the grand prize, a prestigious scholarship and the opportunity to take his idea further and begin development.

The test consists of an antibody that can penetrate the brain and attach to neurotoxic proteins that appear during the first stages of the disease. The “Trojan horse” antibodies also attach to fluorescent particles that can be observed through a brain scan.

“The main benefits of my test are that it could be used to diagnose Alzheimer’s disease before symptoms start to show by focusing on pathophysiological changes, some of which can occur a decade before symptoms are prevalent,” Krtin told The Daily Telegraph. “This early diagnosis could help families prepare for the future and ensure that existing drugs are used to better effect.”

Normally, neurodegenerative diseases like dementia are so difficult to diagnose and treat because of the blood-brain barrier, a highly exclusive barrier that separates circulating blood from the brain. The barrier is highly selective, often only allowing water, some gases, and the specific molecules crucial to neural function to pass through. According to research, The blood-brain barrier blocks the entry of 100 percent of large-molecule neurotheraputics and 98 percent of all small-molecule drugs. Krtin’s antibodies, however, can pass through the barrier, allowing them to be much more useful than any previous attempts at early diagnosis of the disease.

“Some of my new preliminary research has suggested that my diagnostic probe could simultaneously have therapeutic potential as well as diagnostic,” said Krtin, who attends Sutton Grammar School.

Lab tests showed that the antibodies had the capability to catch toxic proteins and stop them from developing further. This could potentially stop Alzheimer’s altogether.

Worldwide, almost 44 million people have Alzheimer’s or a related dementia. In the UK, 850,000 suffer from dementia, and the disease kills at least 60,000 people per year. In the U.S., Alzheimer’s is the only disease in the top 10 causes of death that cannot currently be prevented, cured, or even slowed.

“I chose Alzheimer’s disease because I am fascinated by neuroscience and the workings of the brain,” Krtin said. “I learned about its cruel and devastating effects and how it interferes with everyday life, and nobody should have to live with this debilitating disease.”

Krtin suffered from auditory problems as a child, and hopes to study medicine when he leaves school.

“We want to support and foster the next generation of scientists and engineers,” Andrea Cohan, Google Science Fair’s Marketing Lead, told The Daily Telegraph. “The UK has once again proven itself as a hotbed of science creation.” Cohan said that young people often possess the creative ability to solve some of the world’s biggest challenges.

Krtin, who moved to the UK from India with his family as an infant, told The Daily Telegraph that winning the science fair would be “life changing.”

“It would be more than a dream come true, and it would also encourage me to pursue my interests in science, and hopefully one day, to change the world.”