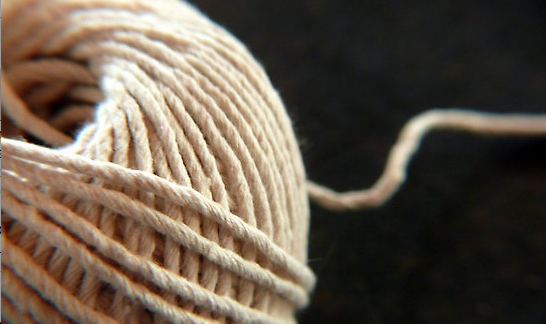 For over 100 years, doctors have been improving on the body mass index , their go-to method for determining whether a person has an unhealthy amount of body fat. Still, few changes have been made over the last few decades, even as medical knowledge improves. Scientists are beginning to realize body mass index may not be the best indicator of a person’s fat level or the best predictor of their risk for health problems like heart disease. Instead of using B.M.I, a group of researchers from the UK say using string actually works fine.

You read that right. String. And it’s not as unlikely as it sounds, either. B.M.I is a calculation of a person’s weight status based on their weight and height, which then categorizes a person as either underweight, normal weight, overweight, or obese. However, such a basic measurement does not account for where in the body the fat is located, and that’s important when we consider that there are two kinds of fat: brown, the good fat that insulates us, and white, which stores energy and contributes to obesity. With B.M.I all of this fat is considered equal.

In their new study, researchers from Oxford Brookes University suggested a new method that’s been gaining acceptance of late: waist-to-height ratio W.T.H.R They found that measuring a person’s height with string, then folding the string in half and seeing if it’ll fit around a person’s waist comfortably could be a more effective indicator of whether a person is overweight, Yahoo Health reported. This is because white fat tends to preside mostly in the abdomen, whereas brown fat hangs out elsewhere in the body. Having too much white fat around the abdomen has been linked to heart disease, diabetes, and other metabolic disorders.

For the study, researchers looked at data from the Health Survey for England 2009, which looked at the health of nearly 3,000 people. They found that “12 percent of the total population would be missed by B.M.I screening, and over a third of those classified as ‘normal’ by B.M.I would have a W.T.H.R exceeding 0.5” — anything over that and the patient is at a heightened risk of cardiovascular disease, a press release said. “These could be called non-overweight ‘apples,’ who have a lot of fat around the waist but not a high B.M.I.”

Arguing in favour of the “string method”, lead researcher Margaret Ashwell told Yahoo Health: “The science about the limitations of B.M.I and the superiority of waist-to-height ratio has been growing in leaps and bounds recently.” One study from 2013, for example, found that larger waistlines correlated with lower life expectancies.  With BMI being the “convention,” however, researchers said it will take time and more research before doctors begin adopting a new method.

In the press release, the researchers said, “We would like to show that W.T.H.R is not only superior to BMI in first stage screening for the health risks of obesity, but it is also more efficient in practice and can be done by personnel with minimal training and resources.”

Source: Ashwell M, Gibson S. A proposal for a primary screening tool: ‘Keep your waist circumference to less than half your height.’ BMC Medicine. 2015. 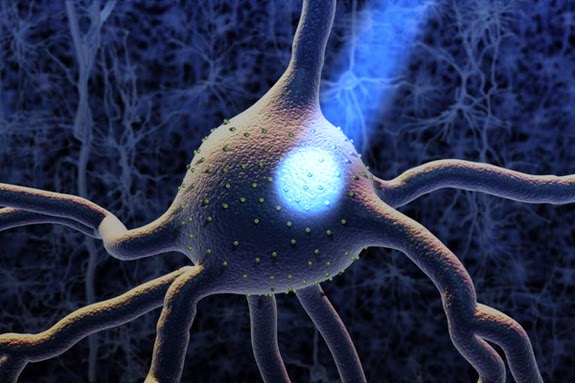 Optogenetics a scientific technique for turning neurons on and off using light.

This technique has already shown promise for treating blindness, seizures, and finding the genetic causes of brain disorders like Parkinson’s disease. It has also played a large role to map the activity of every cell in the human brain. In the future optogenetics will be useful in treating diseases as diverse as autism, PTSD, and depression.

Basic Principle:
Optogenetics use light to control neurons which have been artificially sensitized to light. It is a neuromodulation technique employed in neuroscience that uses a combination of techniques from optics and genetics to control and monitor the activities of individual neurons in the brain and to precisely measure the effects of those manipulations in real-time.

Scientists employ viruses to introduce genes for light-sensitive proteins into neurons. First discovered in microbes, these naturally occurring proteins, called opsins, react to light. Some proteins react to light by turning neurons on or prompting them to fire, while others turn off neuronal activity. In this way, optogenetics targets specific, modified neurons in order to discover their function and how they’re connected within larger neuronal networks.

In 2005, Dr. Karl Deisseroth, a bioengineering professor at Stanford University and a member of the Howard Hughes Medical Institute, published the first paper demonstrating the use of microbial opsin genes to control neuronal activity. Science called it one of several “Breakthroughs of the Decade”
Optogenetics has come a long way since 2005. Its most valuable neuroscience tool that offers an unmatched level of precision in its ability to affect a specific neuron at a specific time.

Ed Boyden, a faculty member in the MIT Media Lab and the McGovern Institute for Brain Research, received the 2013 Grete Lundbeck European Brain Research Prize. The 1 million Euro prize is awarded for the development of optogenetics.Opsin proteins from bacterial or algal genomes, act as light-activated membrane ion channels. Opsin genes are introduced into specific neurons via transfection, where a virus transfers both the gene and its promoter into the host cell’s genome. Thousands of labs around the world are now using these optogenetic techniques, and thousands of papers have been published with these methods.There are many tools in use. Opsins that can be targeted to single neurons, groups of neurons, and connections between regions of the brain. Modified opsins include those to recognize different colors of light (red, blue, or yellow), those are activated quickly or slowly and those that simply turn neurons on or off, resulting in a binary circuit that has many future applications such as altering memories. There are specialized viruses that insert the opsin gene into cells of interest.

Recently, MIT developed a “fast” opsin called Chronos, as well as two more opsins that are sensitive to red light, Chrimson and Jaws, both silence neurons. It goes deep in tissue, reaching regions that were previously unreachable by standard fiberoptic tools. One of the obstacles to applying optogenetics is how to deliver light deep in the tissue or body. Fiber optic light sources are mainly used today.

Obstacles:
Application of optogenetics in human are still in its early days due to lack of good maps of the brain. So using optogenetics is difficult for many scientific questions. Don’t know where exactly to stimulate. Activating deep brain tissue is also a problem. Infrared can go deep, but to date there is no opsin sensitive to this type of light. It is difficult to apply viral vectors to humans. Neuronal selectivity depends on targeted promoters reaching their place in the genome. They are “mostly unidentified” in humans. “Even if identified, the gene is often too large to deliver efficiently or it is too weak to produce enough number of molecules to generate a response.
Cost is also a major factor. The light power requirements associated with targeting large numbers of individually specified cells requires fairly advanced and costly lasers. But standard optogenetics control is actually relatively easy and cheap to do now.Applications:
Optogenetics is mainly used as a method to study how individual neurons fire, alone or in concert with other neurons or circuits of neurons. It has helped to explain pathways of many diseases.Research has demonstrated the use of optogenetics on D1 and D2 cells of dopamine receptors in the striatum and subthalamic nucleus to explore their role in Parkinson’s disease. Other work has involved finding what cells can be manipulated to alter fear memories, applicable to treating PTSD and other illnesses that revolve around conditioned fear responses, explaining neural networks involved in autism and testing the causal link between dopamine expression and positive reinforcement in mental health disorders like addiction and depression. Clinically, optogenetics could theoretically be used to treat diseases as diverse as Parkinson’s disease, PTSD, autism, schizophrenia, addiction, and depression.

Future:
The future of optogenetics seems wide open. Aiming to use the technique to treat blindness caused by diseases resulting from cell loss in the retina, including glaucoma and retinal pigmentosa.

Using optogenetics on non neuronal cell types has already gained some interest. With cardiac cells andstem cells being some of the prime non-neuronal targets. It’s also been adapted to study biochemical, instead of electrical, events. “Opening the door to control of specific events in any cell in biology”. Events as diverse as ionic microenvironment, signal transduction, enzymatic activity, and gene regulation are now under the targets of optogenetics.

Optogenetics is used in other technologies too. In a recent science paper, scientists at the University of Geneva used a combination of deep brain stimulation, a proven tool to treat Parkinson’s disease and a drug to block specific dopamine receptors to produce an “optogenetic-like” effect in lab mice. Ultimately, the mice’s cocaine use was reduced, underscoring the possibility of achieving the same effect in humans without having to solve the technological hurdles that applying optogenetics poses.

The future is continued widespread use as a research tool, to advance our still-small understanding of how individual neurons function in larger circuits. When it comes to the brain, the whole is much greater than the sum of its parts and optogenetics might be the best bet for probing not only deep, but far and wide.

Though the blind live without sight, they have a unique sensory experience that allows them to “see” so much of what we miss.

When the four remaining senses become stronger, the little things become all the bigger.

This occurrence isn’t as rare as it may sound. Blind painter John Bramblitt has never seen his wife or son before, but he can paint lifelike portraits of them just by touching their faces!

For a blind mother, the smell of a baby’s hand grazing her nose is all the more potent. The tuft of hair on the little one’s head all the more soft.

Tatiana is a blind mother and is very much looking forward to the moment she can hold her son for the first time.

However, unlike most expecting mommies, Tatiana isn’t able to have the experience of seeing her baby boy develop in her womb through the ultrasound.

The first time you can discern that little nose on the screen, which Tatiana imagines “looks like a little potato,” is a precious moment for every mother.

Huggies decided to give Tatiana a little something special. When I saw what it was and how she reacted, I definitely teared up.

The beauty of motherhood comes in all different forms and Tatiana’s is definitely something special.

This is made possible through 3-D printing the image of the ultrasound not so difficult to produce and certainly worthwhile.