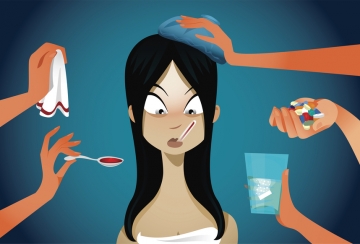 No matter if it’s a fever, runny nose, or nausea, being unwell is a truly unpleasant experience. Still, as a society we’re pretty bad at determining what actually makes us sick and the best way to get better. Thankfully, the guys at Mental Floss have released a video to help dispel the top 10 biggest misconceptions about being sick.

Common illnesses such as the common cold, the flu, and the “stomach flu” are all caused by viruses. which are small infectious agents that when present inside of a host for example you. They will replicate and cause all those uncomfortable symptoms we attribute to being ill. The best way to prevent getting sick from a virus is with a vaccine, but there’s no way to cure a virus once infected.

Despite these two basic facts about viruses, many of us still believe misconceptions about how we can prevent and cure common illnesses. For example, in the video, the host Elliot Morgan explains that despite what your mother says, “sweating out a cold” and following the mantra “starve a cold, feed a flu” will do practically nothing to relieve your symptoms. In fact, according to Morgan, the fever associated with a flu causes our metabolism to increase. This means that during a flu the best thing we can do is continue to eat to compensate for lost calories.

Watch the video to learn more misconceptions, such as spending too much time in the cold, having a weak immune system, and of course, taking vaccines. 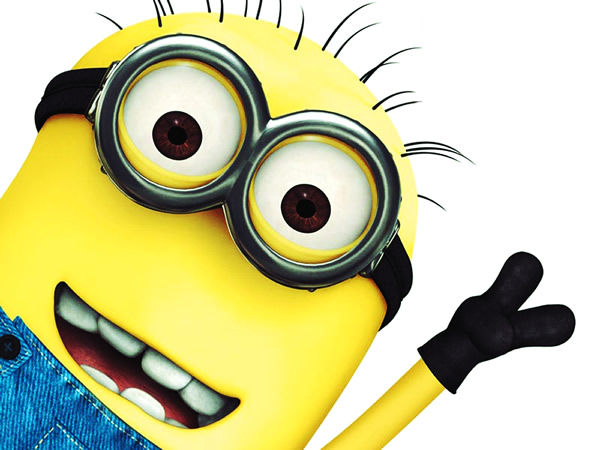 Medinc’s parent company Wellesley Inc is now looking for a new minion to be involved with Medinc and all the other brands, can you help?

Medinc is looking for a new minion to join the minion team and assist with plans for world domination.
Job Role:
· Sending out products around the world to our supporters

· Responsible for expanding the realm with social media
· Finding new ways to increase our influence and help dominate the world
Essential Skills/Requirements
· Must be able to follow commands
· Must be competent with Microsoft excel and word
· Must have own living situation (The evil genius does not have space in his basement for your accommodation)
· Must be able to get to HQ with own transportation (Rocket car is not provided for home transport)
Salary
£1057 PCM. Payment can be made in banana’s if required.
Equal Opportunities
The evil genius does not discriminate; you do not have to be short with yellow skin.

Disclaimer: Denim dungarees will not be provided.
************** Translation********************
Wellesley Inc is a rapidly growing novelty and gift product company, with online shops around the world. We have exhibited our products at various shows around the UK and the United States. We are looking for an enthusiastic new member to join our small team. Please read the full description before applying as if you do not your application may not be considered.
Role description (all training will be provided):
– Creating your own department with multiple opportunities for progression
– Creating online product listings
– Processing online orders
– Preparing goods for dispatch
The Ideal Candidate:
– Ambitious
– Hardworking
– Great attention to detail
– Punctual
– Reliable
Experience:
– Computer literate with Excel, Word and basic internet usage
– It is desirable to have some retail/warehouse experience. However this is not the most important requirement for us as a company, so please don’t be deterred if your experience is in a different field.
Opportunity for progression:
– Wellesley Inc is rapidly growing with many opportunities for progression. The applicant will be encouraged to progress within their role and could quickly end up heading a department. We value hard work and loyalty and will always try to promote from within the company when possible.
The details:
– Hours: 37.5 per week
– Some flexibility is possible, either 8am-4pm or 9am-5pm
– November and December are incredibly busy times of year and you will be required to work paid over time during this period.
The Warehouse is located on Seddul Bahr industrial estate, Allington lane, West end.
We do receive a high volume of applicants to our job adverts. In order to let us know you have read this job description and are serious about applying for this role please include “Online1” at the top of your covering letter.
Salary: £12,675.00 /year

Applications can be sent to: iwanttobeaminion@wellesleyinc.com 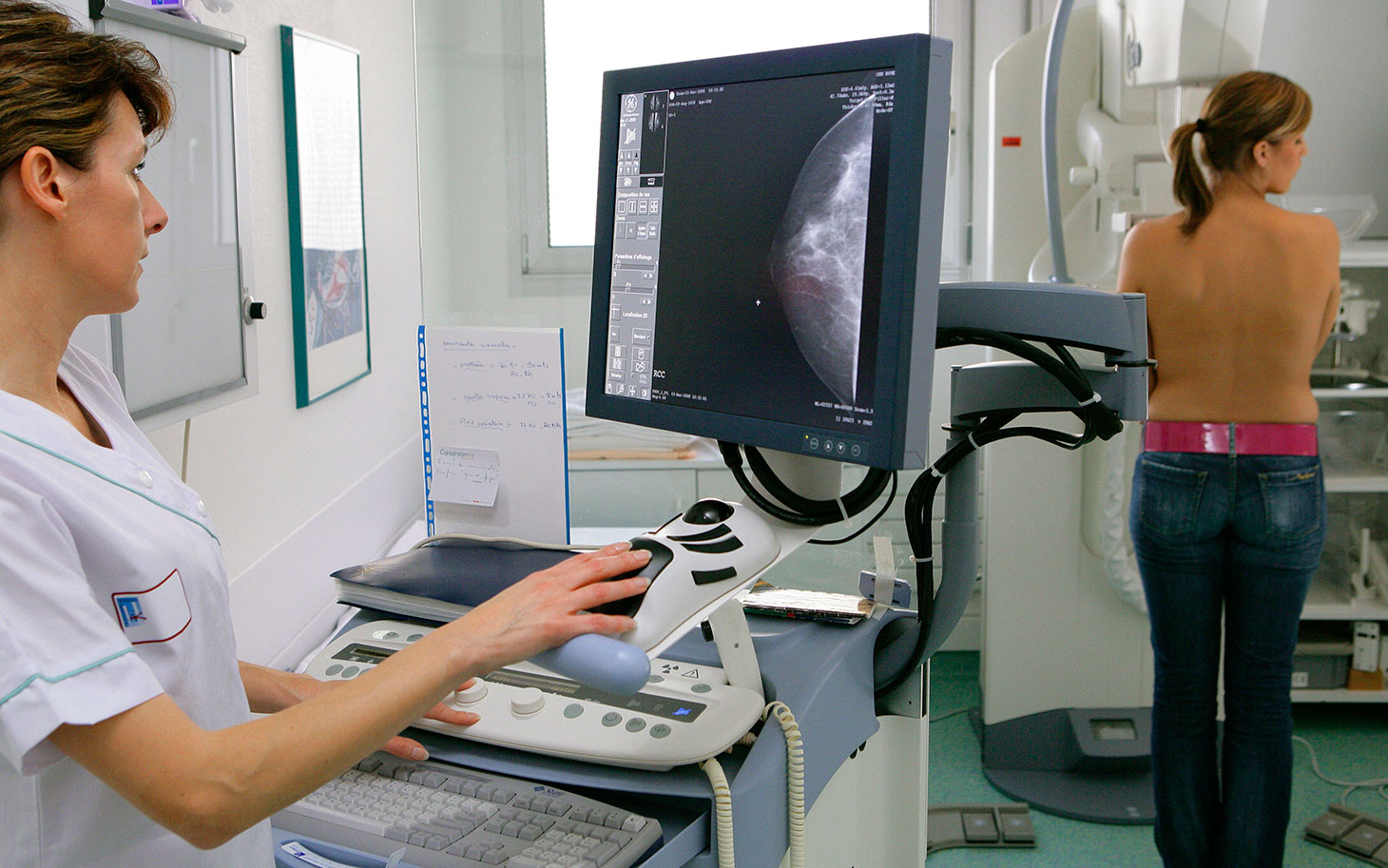 For the average older woman, the mammography has become one of life’s more uncomfortable rites of passage.

Tightly squeezing your breasts between two paddles as they shoot out (low level) radiation is hardly the pinnacle of pleasantness. And being advised to go through that process every one to two years once you turn 50 (or 40) is the not so sweet cherry on top. Someday soon, though, breast cancer screenings might become at least a bit easier to bear, and potentially more useful, if the results from a Swedish study comparing a relatively new method of cancer detection called tomosynthesis to the standard mammogram are worthwhile. It found that the new kid on the block was able to detect 40 percent more of breast cancers, while using less radiation and feeling less uncomfortable for the patient.

Recruiting 7,500 women from Malmö, Sweden, the researchers asked the participants to take both a routine mammogram as well as undergo a digital breast tomosynthesis (DBT), a screening method that takes a rotating array of x-ray images from several different angles, creating a 3D composite image of the breast. Using six blinded experts with an average amount of 26 years’ experience in breast radiology to examine the women’s screening results, they found the DBT method detected 67 cancers compared to the 47 cancers detected via mammogram. Twenty-one cancers were solely detected by DBT where mammograms had failed to notice anything, 17 of which were considered invasive (one cancer was solely detected via mammogram). The tumors found by DBT were also found in both fatty and dense breast tissue, the latter of which has historically made detection difficult.

Perhaps more importantly, comfort wise, DBT screenings demands less compression of the breast, with candidates often commenting, without prompting, of its relative ease. Because of the nature of its technique, considerably less radiation per screening was also needed. “Our results suggest that one-view DBT might be feasible as a stand-alone breast cancer screening modality,” the authors wrote.

Not all the news was necessarily positive, as the recall rate, in other words the number of perfectly healthy women who were contacted for further examination to determine cancer risk, was slightly higher among DBT readings than with mammograms. This suggests that there might be a higher incidence of mistakenly subjecting women without cancer to unnecessary testing, though the authors hope that more familiarity with DBT imaging would potentially reduce that.

As the mammography as of late has itself been fiercely criticized for an unacceptably high rate of overdiagnosis, with some experts even recommending that the practice of offering routine mammograms be abolished, that’s especially worrying. These concerns might be minimized by the less radiation and the greater detection rate of invasive tumors DBT offers, though. The authors recommend large randomized studies to determine any potential pitfalls with DBT screenings. They will themselves conduct a second part of their study, examining another 7,500 women.

Overall, the authors are hopeful for the future of this technology. “We see five to 10 years from now as a possible timeframe for the large-scale introduction of the technique,” said study author Sophia Zackrisson in a press release. “There is also an aspiration for more personalized screening, and breast tomosynthesis could therefore be one of several methods used.”